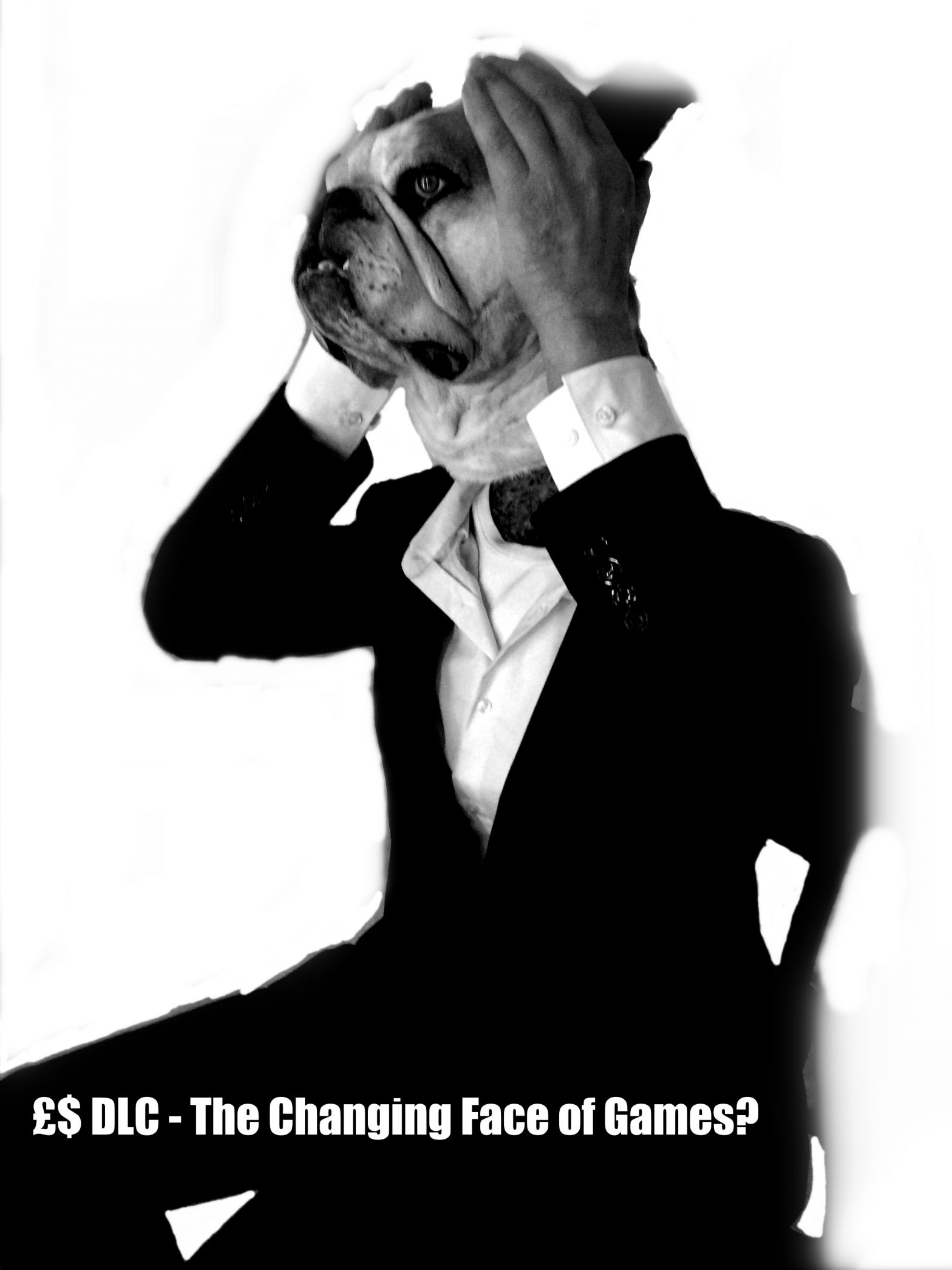 The following is an all too familiar story. You want to play something cool, you have set aside some money & time for just this, you do your homework; figuring out which titles of interest are released or are due out shortly and making a well-informed decision you go ahead and grab the latest shiny new joy-disc.

The game has a substantial (or total) portion which is for online play. That’s fine, as you like playing with/against other actual gamers, which makes you feel connected to the world as well as raising your skill, playing real, devious people rather than merely vanilla AI.

Problem is, not long after you have stumped up the cash for this new title, an announcement by the game’s developer states that some new downloadable content (DLC) will be arriving soon. You check it out and it genuinely seems enticing: new maps, weapons, some alternative playable characters, perhaps a new level or two for the single player story mode etc. You read on…astonished by what you discover. The DLC costs nearly half of what you had paid for the brand new game and the real stinker: it’s arriving only a few months after you made your purchase.

Burying the range of jaded emotions that this news invokes, you don’t bite. You rationalise it for what it is, a low blow, obviously planned from the beginning to lure the game’s new wave of owners just long enough so that they would go ahead and get the game on or just after release, but on the heels of the game’s hype machine so as to maintain momentum with its debut. You decide to wait and see how the DLC fairs.

The first is that the price has not dropped, it has been a while since the DLC was made available.

The second more troubling observation is that now, it is quite difficult to secure a quick and stable matchmaker for online play, there seem to be fewer gamers playing the title, at least from what you are able to deduce.

Finally, the third point only seems to rub salt into the wound: More paid-for DLC is scheduled for release in a couple of months and what’s more; the developers have hinted on their website/via the official gaming publications/channels that: “This new content will be a game-changer, creating significant additions that improve gamer experiences as well as answering some important questions raised in the game’s story etc.”.

While all three of the above are important in their own way and will matter to a range of players, the second observation, that feeling of isolation is perhaps the most critical. In today’s fickle online gaming communities it could be a sign that gamers have been lured towards playing a different, shiny, new game. While entirely plausible, the usual suspect for the apparent dwindling volume of online gamers is that fresh paid-for DLC has created a division. No – we’re not talking about the sleeper-agent post-apocalyptic, open-world Tom Clancy game of 2016, but the separation that paid-for DLC can instil in a title’s player-base.

In laments terms, paid for DLC can cause a rupture throwing players into one of two categories: the ‘haves’ and the ‘have-nots’. Matchmaking players for an online game who do not have access to, say, new multiplayer maps, leave these guys/gals to swim in a pool with other have-nots.

As multiplayer games rely on matching gamers who possess the same access to levels/maps etc, those who do not have the latest DLC will find themselves relegated to a sub-section. Over a longer period of time, the gulf widens. Perhaps, at some point, the developer re-releases their title with those extra maps included for free in a new effort to grow their player-base. You have probably noticed older games re-released with the addition of marketing blurbs containing anything along the lines of ‘ultimate’,’ mega’, ‘historical’, ‘hardcore’ edition finding their way onto the package descriptions.

However, this is a late and risky move by the developer, after all, such a decision to eventually include paid-for DLC within a revamped ‘free’ complete bundle to an already ageing game will not likely attract new players.  If the experience of those original have-not gamers was lacklustre, where they were unable to find available online matches to play, and who encountered a noticeable lack of support by the developers unless they upgraded to the new DLC – there is no evidence that they will return, moreover they will have their own negative (and arguably justified) reviews to pass to those considering  paying the cost for admission.

The good news is that it no longer seems to be disenchanted gamers who have woken up to the cons of paid-for DLC, some developers (although only a handful, presently) have also realised this doesn’t make for a good business model. Developers are beginning to question what really matters to them. Increase and prolong the number of people playing their game, or a quick buck to be made ripping off the fanbase until they become tired and lose interest.

Both Rainbow 6 Siege and TitanFall 2, developers Ubisoft and Respawn Entertainment respectively, are among those challenging the DLC status-quo. R6S does have micro transactions and the ability to grab new characters early by paying for them, but you can use your experience points accrued via normal play to do this as well. Their new multiplayer maps, however, are free to play immediately upon release to all gamers. TitanFall2 will see all DLC go out free but may still charge micro transactions for a few cosmetic extras.

We will have to continue to watch how the situation develops, certainly, DLC can add value and entertainment to a mature title, encouraging veteran players and peaking interest for noobs alike to take a run at an established game.

But certainly, a shift in perspective is now due from the developer. To see DLC as a means to maintain your titles community and to reward those who have championed your efforts is a far more compelling argument. It’s worth mentioning that on a personal level, R6S was a game severely broken when released, unable to connect due to server issues, with multiple bugs that made the game almost unplayable for months after release, now it is a slick, pillar of PVP gold. The decision to reward, not punish gamers by releasing free DLC certainly buys the forgiveness from day one R6S players that I continue to game with online and who remember and persevered despite all the flaws that it originally shipped with.

Is that a trunk??

Yes, finally let’s talk about that elephant in the room. How much do you think developers should tweak their games after release?  Well, we for one have no issue with correcting bugs and gameplay glitches as they can become apparent later on (sometimes, truly only after extensive live-play from users) despite how much testing takes place prior to release.

However, an alarming trend is coming to light where the rules or attributes, say of playable characters to multiplayer games are being regularly changed via software updates without much, if any player input. As advocates of fairness, we like to think that we can show a reasonable amount of sympathy when it comes to trying to balance abilities of characters in multiplayer titles for example.

With that all said, if there is ever a need to raise a word with developers out there, then it is this: Any game that you make will create its own parameters for strategy amongst users as they engage with the game. In other words, it is the constraints and the consistency of these restrictions which allow gamers to create their preferred means to play the game. This cannot evolve naturally if developers are to take it upon themselves to change the landscape and the rules of the game whenever they feel like doing so. It only ends in user frustration. We have to accept the rule that all games, including board games, work on the principle that the rules or the restrictions within are constant and left for the player to adapt to them, and not the other way around.

That’s right, we are looking at you Overwatch and the game’s developers Blizzard Entertainment. Anyone remember the abilities that the original characters had on release and how they have mutated since?

It is also worrying that games can acquire a stellar rating on release, an accolade that sticks, then the game can be dragged down by over-the-top tweaking – something that is rarely accounted for later on. After all, how many reviewers actually have the time to revisit a game that came out less than 12 months ago, but by which now plays completely differently (either for better or worse) to its initial release. We just mentioned Rainbow 6 Siege was unplayable on release and for quite some time, but I reviewed it after the necessary bugs were ironed out, however, Overwatch has slipped the other way, starting off great and moving into the mediocre. The various ‘improvements’ are mainly all rebalancing of character abilities, but guess what, players can figure their own work rounds without the need for post production teams to change all that was familiar. As with R6S and Titanfall2, Overwatch does provide new free DLC  – but unlike the minor tweaking of gameplay that the former two titles operate, Overwatch ping-pongs between character abilities to the point that it alienates rather than welcome back existing players.

If developers keep changing the difficulty, rules, and fundamental mechanics of their titles it means everything can only be enjoyed in a temporal sense. We may as well be saying: “This isn’t great but ok but let’s see what the developers come up with a year from now for the same game!”

It’s becoming clear that games require far more testing prior to release, that developers releasing a broken game shouldn’t be asking day-one adopters to standby while the serious problems are fixed. I like many gamers, understand that some areas of online play will only unmask problems once the servers all go live, but lets look at this from another perspective – if the product were not software that could be patched later but was something physical bought online or from a bricks and mortar store, like a hammer and it was broken, or defective, would any consumer actually keep it under the belief that the manufacturer may address the issue in the future, perhaps in months rather than days? The product would be returned, usually, at the manufacturer’s cost and either compensation or a full refund, or both would be forthcoming.

Another question, amicably highlighted by website Kotaku asks how it’s possible for gamers to bond or have shared opinion when difficulty levels amongst other mechanics are altered consistently to make games more appealing.

You can check out the link to that article, here:

We hope that in the future, examples of snide, unnecessarily costly DLC additions, unstable releases requiring patching from day one and over zealous post-release meddling become something of a rarity. 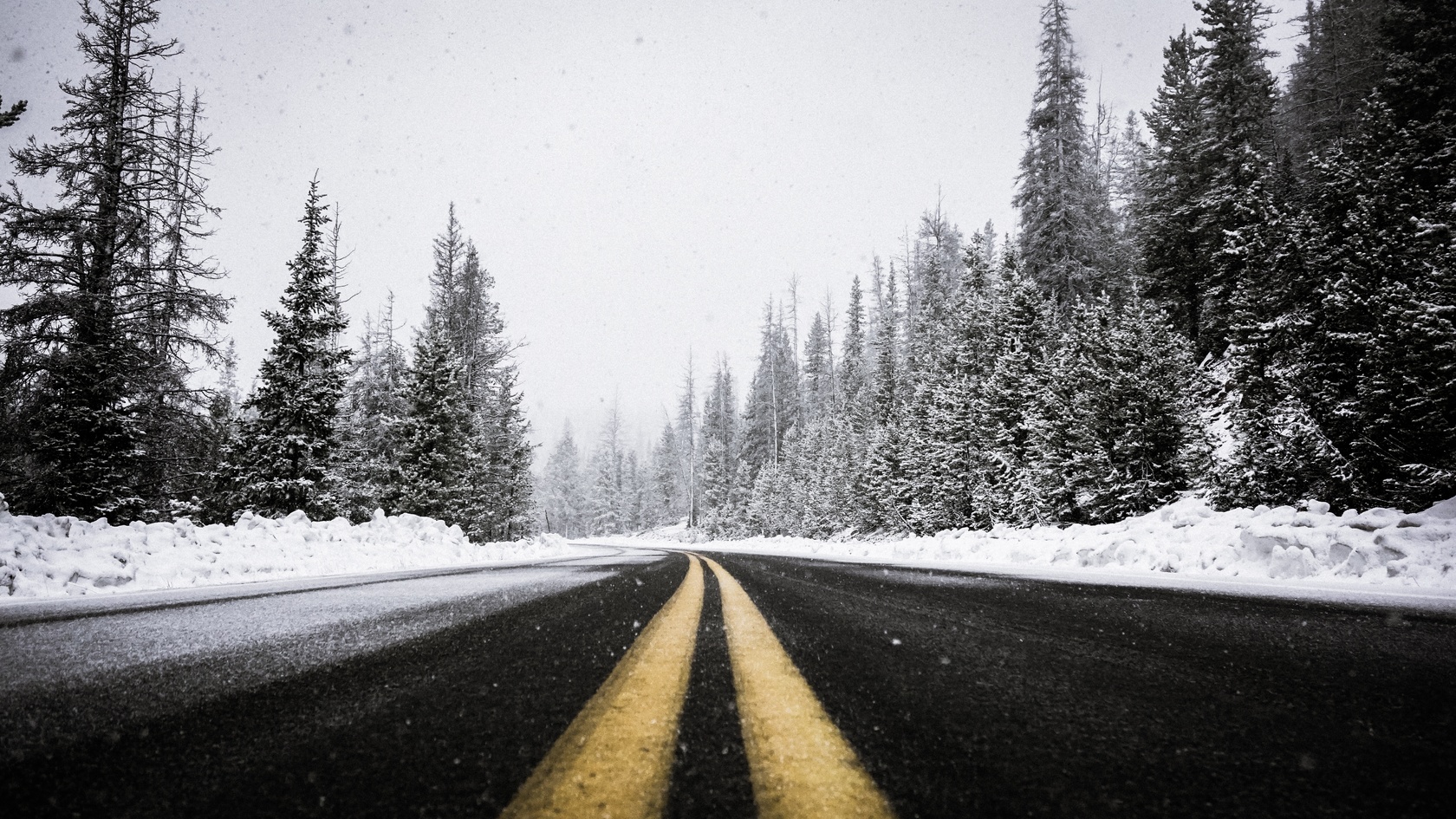 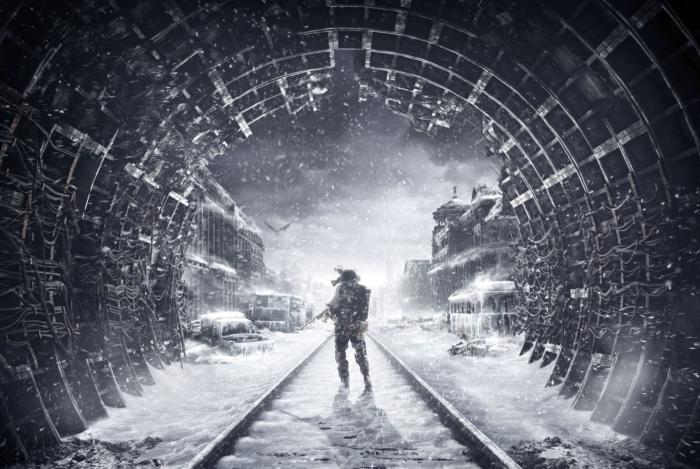 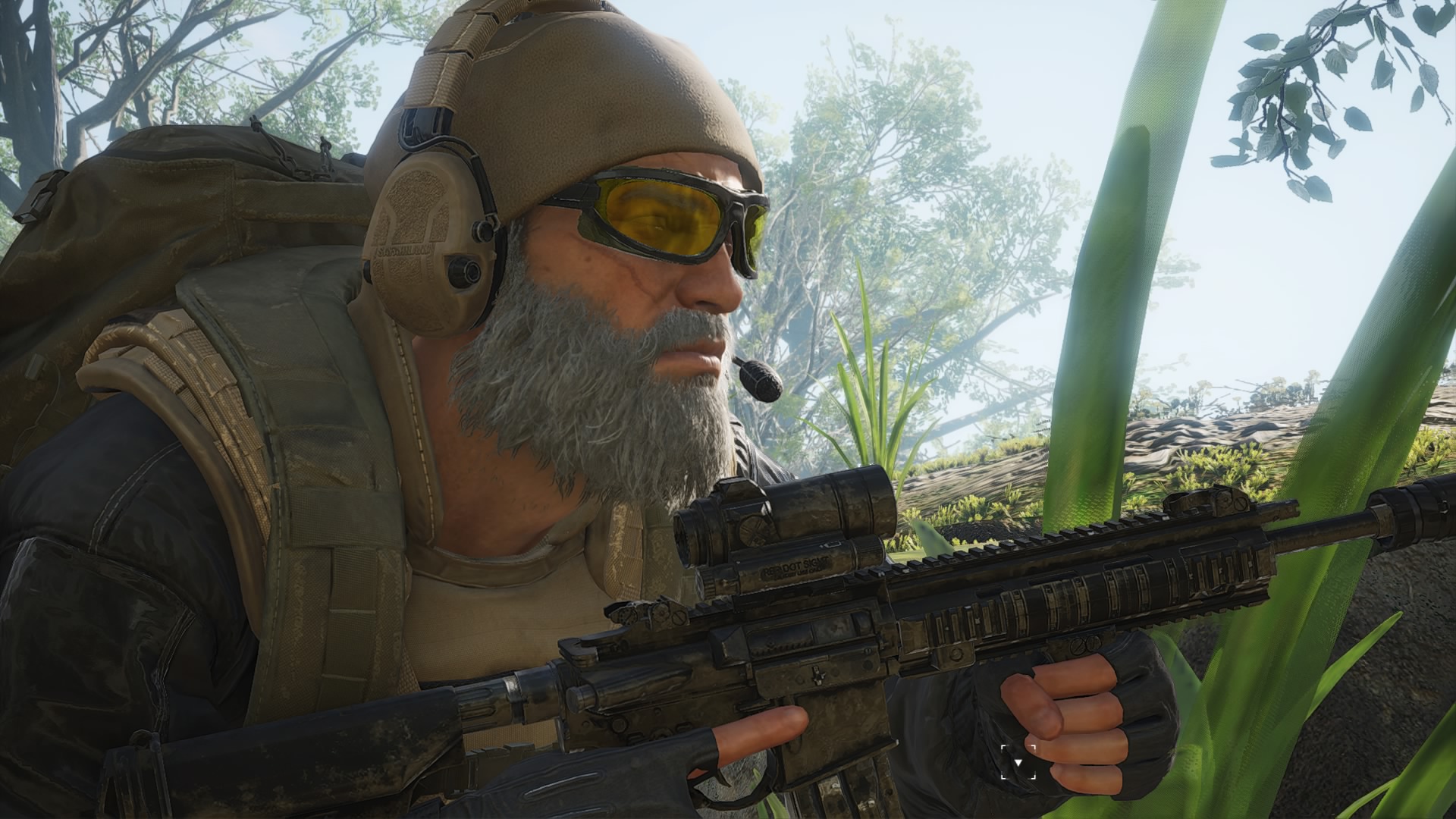 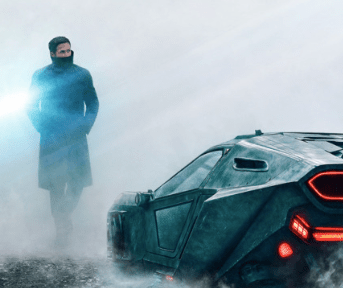